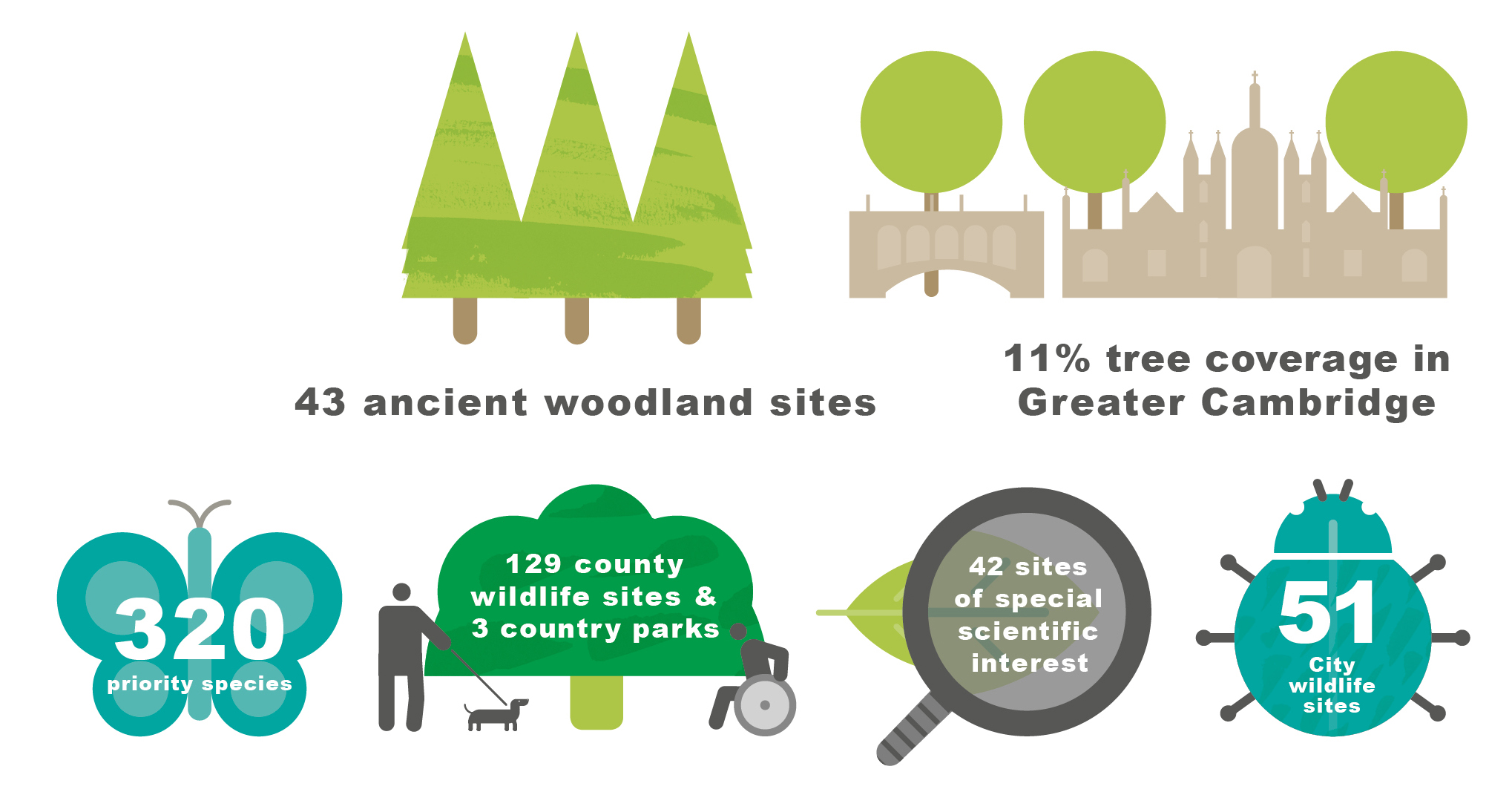 Biodiversity (see glossary) means the richness of the living environment around us. A healthy and biodiverse environment is important to ensure Greater Cambridge’s (see glossary) future prosperity and the wellbeing of all who live, work and study here.

Biodiversity is supported by green infrastructure (see glossary) - a term for the network of natural and semi-natural spaces across the area. This network includes parks and recreation grounds as well as more wild spaces like woodland, scrubland and grassland areas, rivers and other water bodies.

Greater Cambridge on the face of it seems very green. The River Cam is a designated County Wildlife Site in recognition of the river’s importance in linking semi-natural habitats, including ecologically designated sites in Cambridge such as Stourbridge Common, Sheep's Green, and Coe Fen Local Nature Reserves. In South Cambridgeshire, there is a network of wildlife habitats, including ancient woodlands, orchards, rivers and wildlife corridors. These include sites like Eversden and Wimpole Woods, of international importance.

However, in recent decades biodiversity in the area has been decreasing. The rural area is dominated by agricultural land, which is often not biodiverse, and in urban areas the loss of gardens and increase in urban uses reduces biodiversity. Chalk streams which feed the River Cam, and get their water from the aquifer that provides much of our drinking water, have run very low in recent years, impacting on the wildlife that lives there.

Both Councils have recognised the pressure on the natural environment and want to explore how the next Local Plan (see glossary) can do more to improve the green infrastructure network. This will form a key part of the overall development strategy for the area and will be an important part of the wider response to climate change.

If you want to leave a longer comment, please visit our consultation site.