Our current approach to locating development 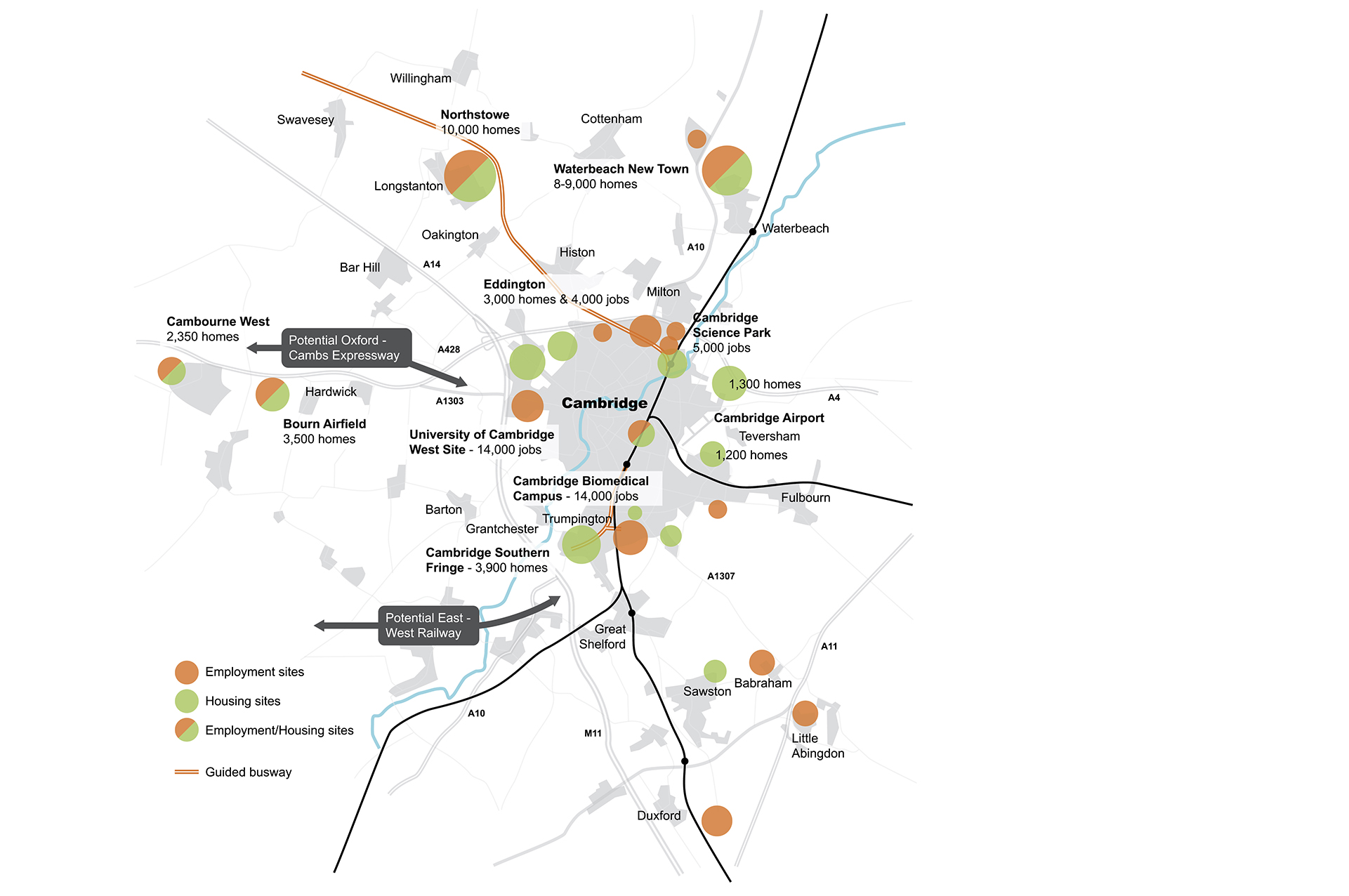 The above image shows existing planned growth in the adopted 2018 Local Plans.

Previous plans for the Greater Cambridge (see glossary) area prioritised development firstly within Cambridge, then on the edge of Cambridge (subject to consideration of impact on the Green Belt), at new settlements close to Cambridge (well connected by public transport), and at better served villages. Sites in the adopted 2018 Local Plans (see glossary) provide for a significant amount of the future housing and employment needs in Greater Cambridge, both during the current plan period of 2031, but also beyond, as new settlements in particular will continue to be built out over a much longer period. In planning for future growth, we will be adding to the current development strategy.

The diagram below shows the proportions of housing growth in different types of location that were chosen in previous strategies. 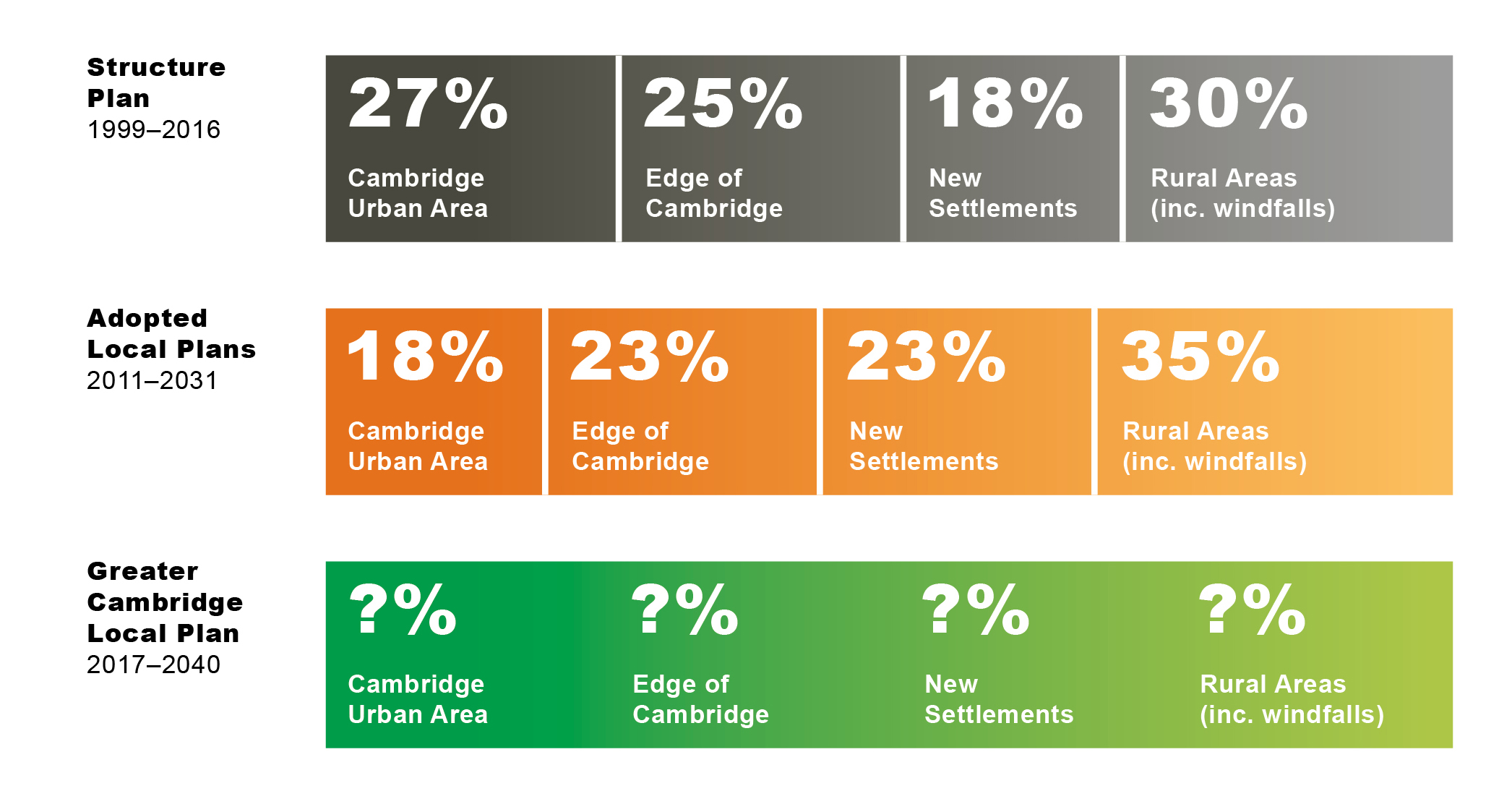 It is likely that the most suitable strategy for the next Local Plan (see glossary) will again involve a balance of elements to provide the most sustainable and achievable strategy. At this early stage in plan making, we would like to hear your views on what the balance should be.