There will be essential scheduled maintenance taking place on Saturday 13th and Sunday 14 August between 8 am and 5 pm so some services may be temporarily unavailable for a short period, we apologise for any inconvenience caused. 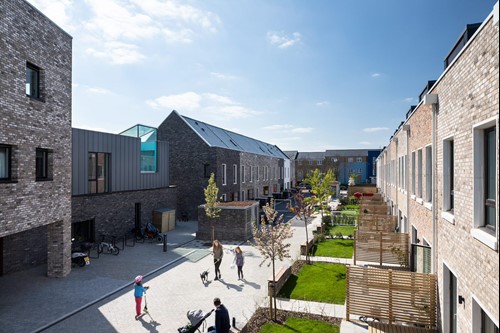 Marmalade Lane, (the co-housing scheme in Orchard Park, north of Cambridge City Centre, which has already won many awards), won two Excellence in Planning awards at the Royal Town Planning Institution (RTPI) awards in April 2020, as well as the prestigious silver Jubilee Cup, pictured, for being overall winner. 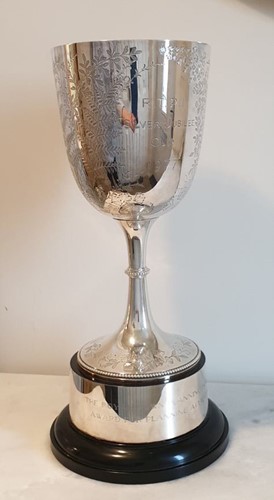 The RTPI Awards for Planning Excellence are the most established and respected awards in the UK planning industry. Running for over 40 years, they celebrate exceptional examples of planning and place-making; the contribution that built environment professionals make to society.

Completed in late 2018, Marmalade Lane is South Cambridgeshire’s first co-housing scheme, made up of 42 houses and apartments. The Greater Cambridge Shared Planning service, TOWN (the developers of the project), and Mole Architects, worked collaboratively with prospective residents of the scheme to deliver a customised and distinctive, co-housing community. Marmalade Lane has high environmental standards and low car dependence and has been widely praised for its planning and design as a people-centred, beautiful place to live.

Co-housing communities centre around a communal space, common ownership, and time investment in the community. So, while Marmalade Lane residents own their own homes and terraces, have separate front doors, and personalise their homes, they also share a common house which has multi-purpose rooms, dining and living spaces, a crèche, a workshop and a shared flat for visitors. The layout and communal spaces encourage interaction between neighbours and the ‘street’ running through the heart of the site serves as a friendly, car-free ‘home zone’. There is also an allotment and a garden which can be enjoyed by the wider Orchard Park community of South Cambridgeshire.