The deadline for entering the Greater Cambridge Design and Construction Awards is 9 January 2023.

Find more details on how to enter or submit your entry.

The awards will be announced at an in-person event in March 2023.

A new 50,000 square metre research and development centre in South Cambridgeshire has today received the green light from Councillors.

The plans include around 50,000 square metres of research and development space including approximately 9,500 square metres of office space. Research and development in the field of photonics – which involves the use of lasers, optics, fibre-optics and electro-optical devices across a range of technologies such as data communications – will be carried out at the new facility.

The site sits between Whittlesford Road and the Cambridge to Liverpool Street railway line with the A1301 beyond.

Around 400 jobs are to be created on the former Spicer’s site, which is on the Sawston bypass.

South Cambridgeshire District Council’s Lead Cabinet Member for Planning, Cllr Dr. Tumi Hawkins, said: “There has been a lot of wider comment on this proposal but when we determine planning applications, we can only take into account what are called material planning considerations when coming to a decision. These include national and local planning policies and the consideration of issues such as how the building fits into its surroundings and impacts on local roads. Whether the applicant is a small, local sole trader or a large multi-national company, we must follow these same rules. To the planning system, it does not matter who the applicant is. Having spent over 12 months working with the applicants and their technical team on this proposal, the Council concluded that against these requirements, the planning application should be approved.” 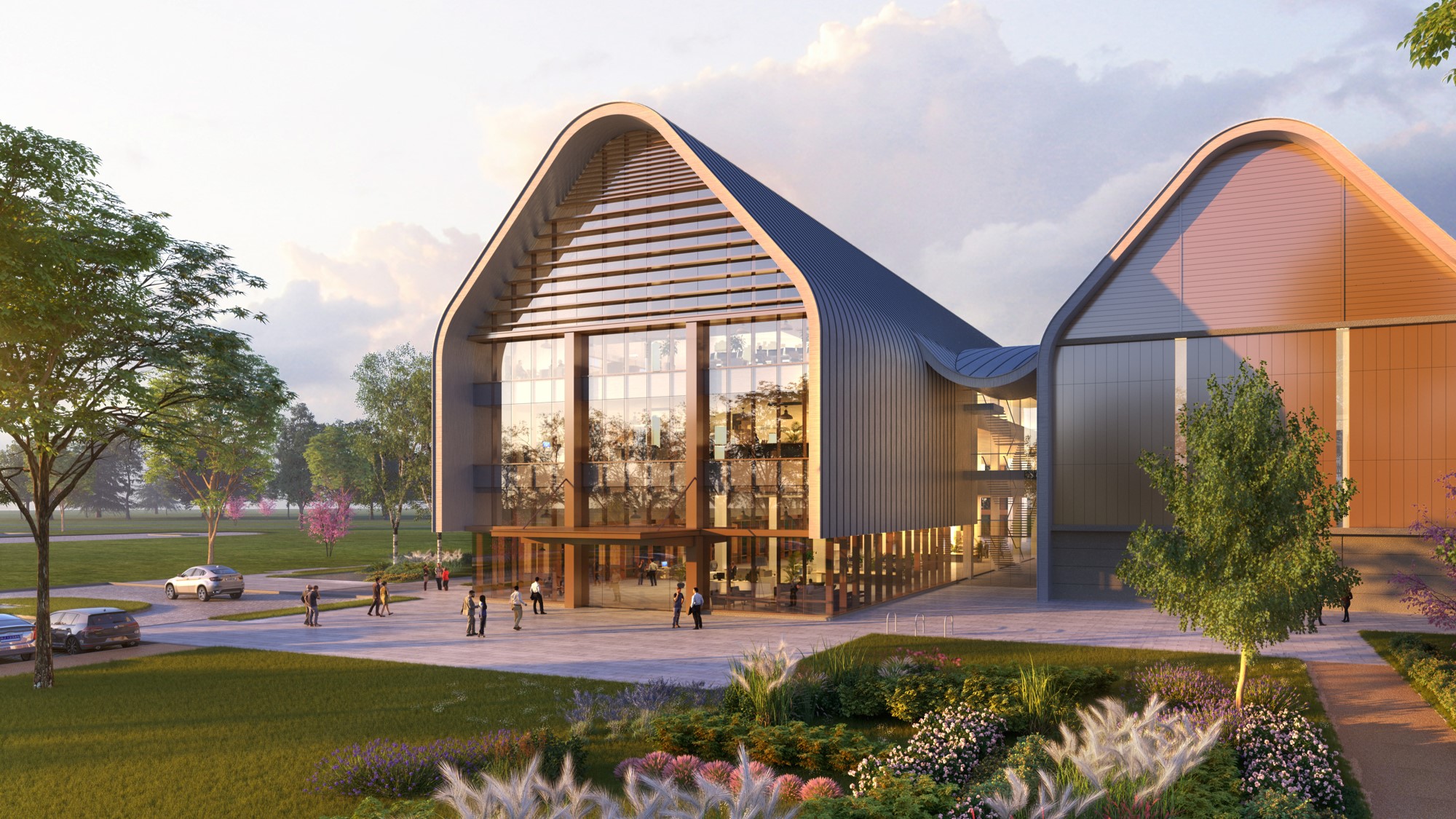 A new footpath and cycleway will come forward as part of the development, linking the A1301 and Whittlesford Road. A Travel Plan will be created by Huawei, aimed at reducing the use of the private car while improvements to the A1301 / Mill Lane junction will contribute to the safety of people walking and cycling to the site. Upgrades will also be made to the A1301 / A505 roundabout.

There will be a 20-metre buffer around a nearby Scheduled Ancient Monument to help preserve the Iron Age hillfort known as Borough Hill, which sits to the south east of the site. As part of the application, there is the potential for enhanced public access to the monument. This will be via an Archaeological Conservation Management Plan and a Community Outreach Plan. Additionally, the development avoids the adjacent woodland which is protected as a biodiversity priority habitat and offers potential homes for bats, nesting birds and dormice. A management plan will be established to help safeguard the nearby Dernford Fen, a Site of Special Scientific Interest. In addition, new grassland will be created to the west of the existing woodland, utilising soil from the site.

At least 10 per cent of the emissions from the development will be offset by renewable or low-carbon energy sources. Solar panels will generate electricity for the building while heating and hot water would be provided by renewable and re-use means.

The Planning Committee's decision is subject to the completion of a Section 106 planning agreement. This is commonplace and always happens after the Committee resolves to approve an application - with the issue of the final planning permission taking place once that Section 106 agreement is finalised.

You can read the report considered by the Council's Planning Committee.

About us
Give us your feedback